AvShalom is a commission from chorus Vocal Cluster (Murcia, Spain), a group of 12 singers that, under Manuel Soler Tenorio’s conducting, premiered the piece in Murcia and Cartagena during the spring of 2010.

The piece is written by Sonia Megías in English, and translated into Hebrew. The meaning of the wad AvShalom is ‘father of peace’. AvShalom, in the Bible, was the son of David, and he was kicked out from his country once he killed his brother Amnon, as a revenge of the raping that Amnon did against their common sister, Tamar. David put AvShalom out of the reign and this one built an army that frighted against his father’s. AvShalom died during the fight and the piece imagines king David’s laments once he knew about his son’s murder.

AvShalom is a very dramatice funeral piece in which bass singers perform king David. The chorus move around the audience making the shape of the Star of David, pointing the lower voices to the sky and the higher to the earth.

More info on the piece 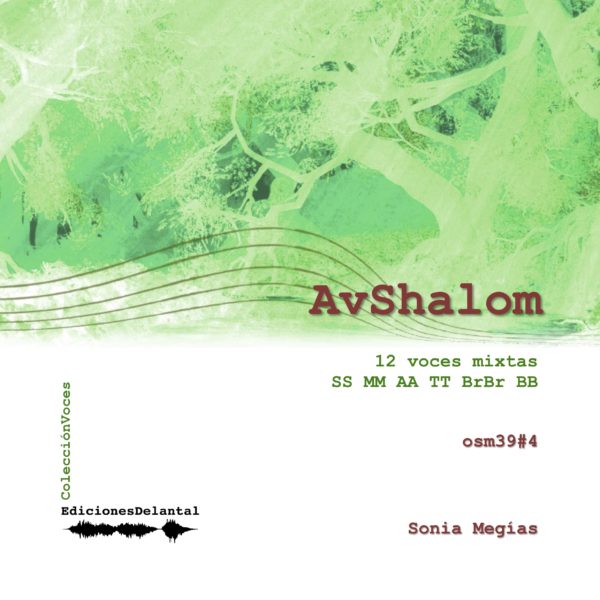