You can download from the following link the flute part

Three tangos, in the version for flute and piano.

Each of the three tangos was written in a different date, place and for a different instrumentation:

When I thought about writing the Tango num. 3, I decided to put the three tangos together into the same piece, that can be divided or played the whole thing.

Vídeo of the premiere:

Picture of the re-premiere, at the High School of Singing of Madrid, the same year: 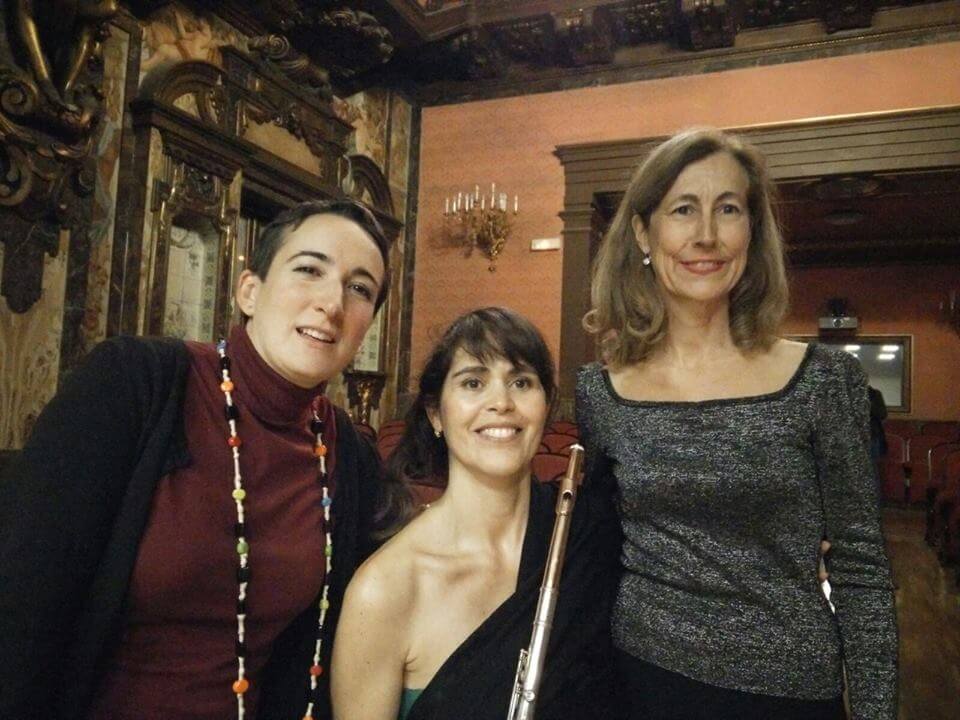