From the following link you can download the stereo track for loudspeakers
(left = A. 5th Avenue; right = B. Broadway):
NY Stereo track

The 25 Ciudades 50 calles (25 Cities 50 Streets) project is a series of choral installations, of which the public must be able to go in and out like someone visiting a city. It began in 2010, after one of many visits to the composer Phill Niblock’s loft. In the following link you can read an essay on 25 Cities 50 Streets, published by editorial Piles (Valencia) in 2012 and in Spanich:
PILES.- 25 Ciudades 50 Calles

For each of the works it is required:
· 4 performers, one for each sidewalk, each with headphones through which they listen to an audioscore giving them the tempo of their own steps (different from the other three).
· 2 loudspeakers, one for each street, which can be placed between the interpreters on the same street.

Speakers and clapperboards must start at the same time. Time is reflected in the fall of the paper, and in the performers’ fatigue, who literally walk the streets. 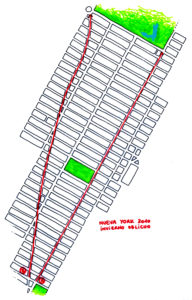 Nueva York 2010 – Invierno Oblicuo (New York 2010 – Oblique Winter) consists of the interpretation of two streets / four sidewalks, of New York City. Recorded in January 2010 after a major snow storm that collapsed the city. Chosen streets are the 5th Avenue and Broadway, which are obliquely related to each other.

Duration is 31 minutes, in which the interpreters will walk and drop the paper without rest.

Vídeo of the premiere:

Pictures from the premiere: 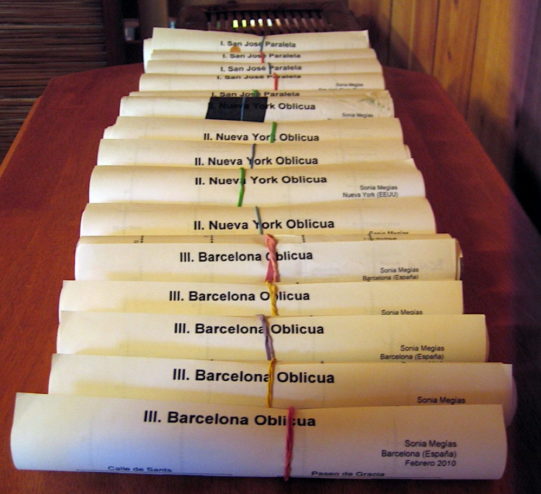 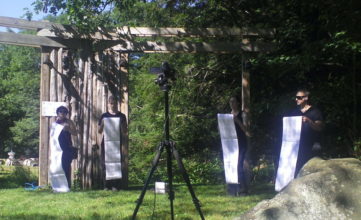 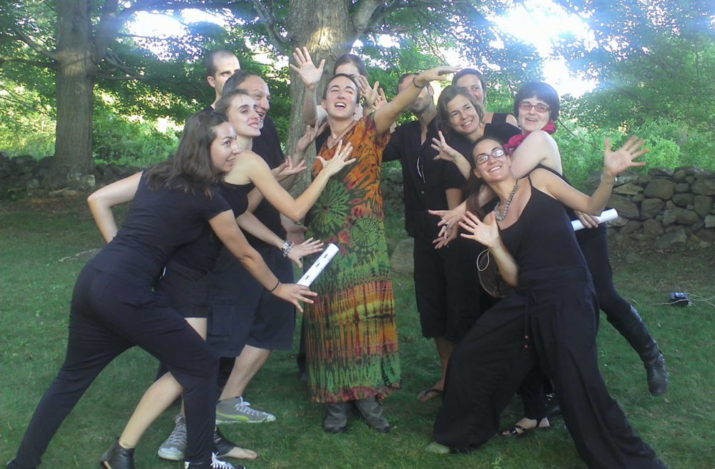 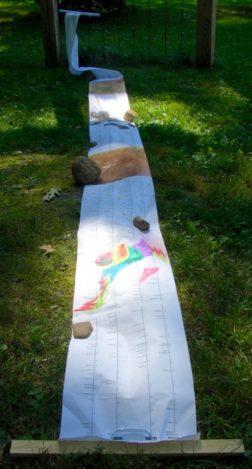